Please get in touch with pr@hyperledger.org at least one month out from the expected launch of a new project or version release, milestone etc. We realize timing is tricky and things can slip, but the more advance notice you can give PR, the better and more successful launch.

If this is a major release, there is typically a larger marketing push including a press release and/or blog, coordinated press outreach and media interviews. An involved maintainer of the project will be asked to draft a blog on the release. If a press release is warranted, the PR team will take the first stab at a draft and allow maintainers and project leads to review for their input and/or technical accuracy.

Marketing will create a tile for the Hyperledger homepage that announces the new project with a link to the blog or press release. Example below: 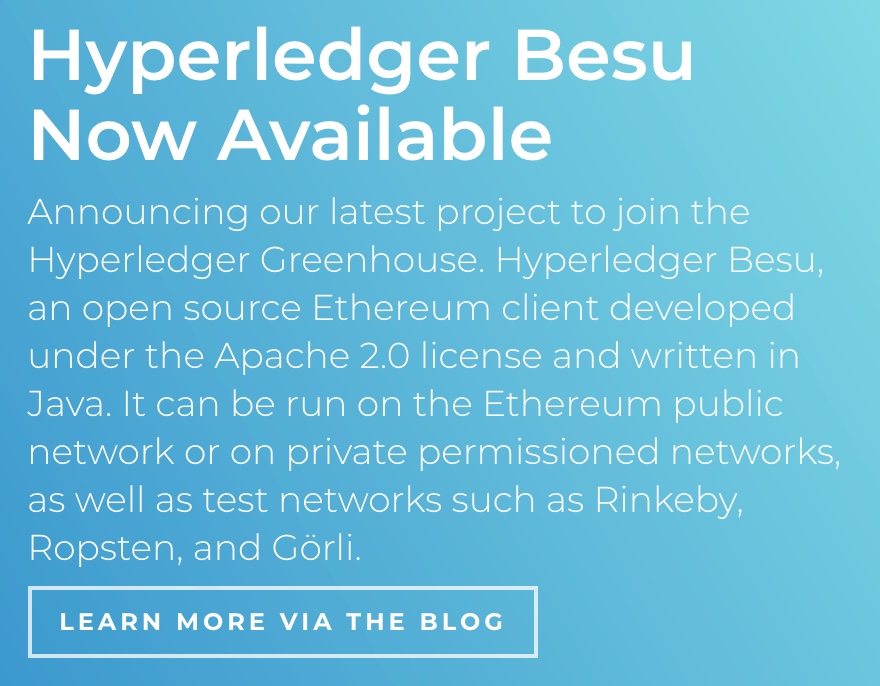 The project will also be added to the Hyperledger greenhouse graphic and the drop down project menu on the Hyperledger homepage. A project page is created in addition where information about the new project can live. This is an example of the Hyperledger Burrow project page. Marketing will ask for a basic description of the project and links to other resources that can help someone get started with it including: code repository, documentation, and RocketChat. We realize it takes time to move repos over to the appropriate destinations to be a part of Hyperledger, so we can create the page the day of the launch and then later link to the code, once it is moved.