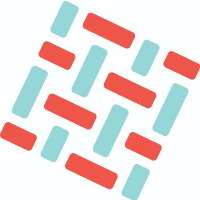 During the lifecycle of the hyperledger fabric project the test strategy and process changes to allow for improvements with each release. The following presentations have outlined the different strategies at different points during the project.

The default largest blocksize is 100MB, due to a limitation in GRPC. Remember that each block on the chain is duplicated in every peer and orderer, so using such large transactions would consume diskspace quickly! It is preferable to store smaller transactions on the chain, possibly including a hash of an object stored off-chain.

To handle a maximum size proposal payload approaching 50MB (which would result in a 100 MB transaction, including the payload read-write set in the response, plus typically 4 to 10 KB for identify/signature certs on the block) in our k8s cluster network tests, the only increase required for the default configuration settings is for the AbsoluteMaxBytes. If you are using fast disks, then set the WAL SnapshotIntervalSize (required for raft orderers only) to be big enough for multiple blocks, to avoid individual writes for every block. Of course, one must be sure to use adequate pod memory GB RAM of the k8s hosts. Below are the relevant config settings for a test in k8s cluster, as used in this sample network specification file being used with a launcher tool in automation tests:

Note: to process multiple huge msgs, it is recommended to allocate more GB for the pods, to avoid causing the peers or orderers to panic due to resource limitations.

Note: in raft networks, the orderers update the Write Ahead Log (WAL) periodically. If disk-write speeds are too slow (eg. slower than 10 IOPS/GB), then you may experience seconds of delays when processing huge messages - and possibly even dropped transactions if a leadership change is triggered due to the slow WAL disk write (which may block the raft orderer channel leader from sending heartbeats to other orderers).

How much disk space is required for a blockchain?

Here is one example: