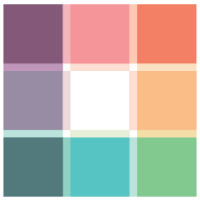 Hyperledger Quilt is a Java implementation of Interledger, a suite of open protocols and standards that allows payments interoperability across any currency - fiat or crypto. Interledger standards and specifications are being defined by the open source community at Interledger.org and at various community groups in the W3C, including Web Monetization and Web Payments.

The Quilt project tries to maintain best-practices when it comes to the security of the library. To this end, we employ the following automated scans:

The Quilt project implements Interledger sender and receiver primitives, but requires a server infrastructure in order to operate. The current Interledger Testnet is operated by Xpring, and can be accessed at https://xpring.io.

Chat/Communications (for questions and ephemeral discussions)

We have open community calls every other Wednesday at 5pm UTC to discuss the latest in Interledger Java projects, including Interledger spec development, the Quilt implementation, and to answer any questions people have. Agendas are sent out via the mailing lists and anyone can suggest an agenda item by adding to the topic created for that purpose in the Interledger forum (or by reaching out on any channel in the community).

At its core, Interledger is a protocol that can be used in a nearly infinite number of use-cases. The protocol has been designed using a layered design approach, similar in fashion to the Internet suite of protocols. To this end, Quilt should be interoperable with any other Interledger-compatible implementation. This following are known implementations of Interledger in various communities and programming languages: