Running Hyperledger blockchain networks under simulation rather than on real hardware or cloud platforms creates the opportunity for Hyperledger blockchain frameworks into computer science research labs as test beds for new consensus mechanisms, new smart contract tools, and new network scaling techniques. This is a critical roadblock that reduces the appeal of our software to university and corporate research and development efforts.

The intern will learn the following:

We have been seeking a simulation tool that will allow our blockchain platform projects to execute experiments to test consensus algorithms and scaling strategies for years now. Last year we came close to achieving that goal. This year it looks like Mininet is a much better solution to creating that capability.

This internship project doesn't have an expected education level but rather a required set of skills. The only requirement is that the intern able to legally work for compensation.

Part-time, 20 hours per week for 24 weeks starting in the summer and concluding in the fall of 2019. 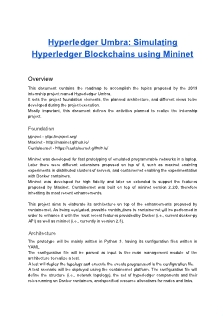 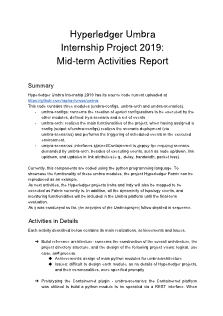 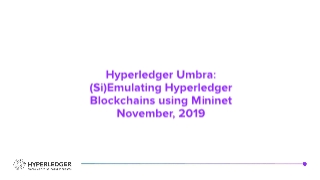