In distributed ledger frameworks, a transaction represents an intended change that is submitted by a user. Transactions are interpreted by smart contracts, which update the current state of the system as a result. Transact handles the overall mechanics of scheduling transactions, dispatching them to smart contracts (often referred to as "executing transactions"), and state management.

Transact has taken inspiration and architectural elements from Hyperledger Sawtooth's current transaction execution platform, including the approach to scheduling, transaction isolation, and state management. Transact extends these concepts with features such as a flexible models for execution adapters and database backends.

Transact may also be used by other existing Hyperledger projects. For example, Transact's transaction receipts are similar to Ethereum's transaction receipts in purpose and will contain information necessary to derive Hyperledger Fabric read-write sets. As a result, it should be possible to add support for Transact alongside the current support for Fabric chaincode. The FAQ section of this proposal includes additional examples of possible relationships between Transact and other Hyperledger projects.

The following hypothetical dependency graph shows how Transact fits within the family of Hyperledger projects: 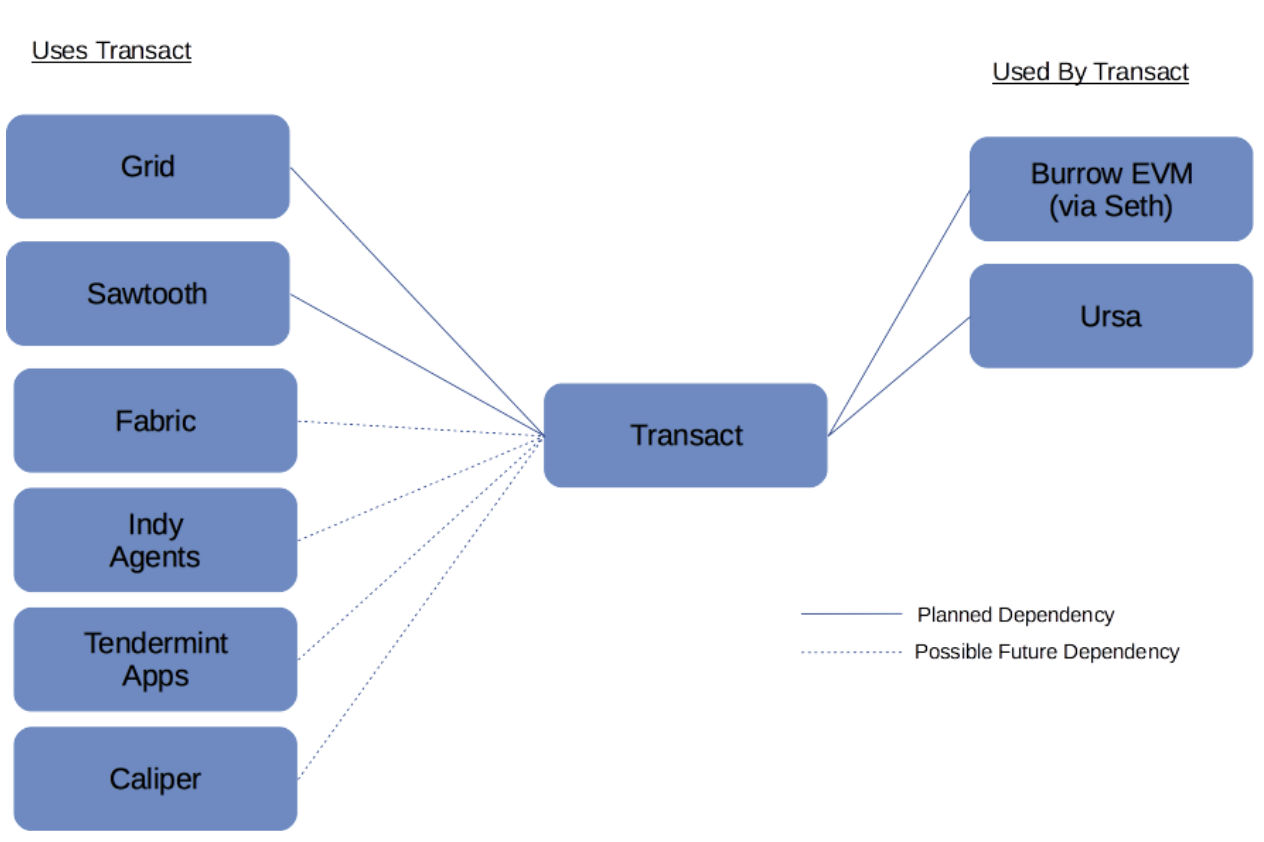 Like Hyperledger Ursa, Transact is a library that may be used optionally by projects, and no mandate is intended or desirable.

This project does not depend upon a Hyperledger framework project.

Transact is fundamentally a transaction processing system for modification of state. State is generally a Merkle-Radix tree, key-value database, or SQL database. Given an initial state and a transaction, Transact can execute the transaction to produce a new state. These state transitions are considered pure, because only the initial state and transaction are used as input. In contrast, other systems such as Ethereum combine state and block information to produce the new state. As a result Transact is agnostic about any particular framework feature, including the concept of blocks or a particular chaining approach.

Transact does not include other features which are commonly found in frameworks like Sawtooth and Fabric, such as the concepts of consensus, blocks, chaining, and peering. These features are the responsibility of the Hyperledger frameworks and other distributed ledger implementations, even if they use Transact for smart contract execution.

The following features are currently supported by Transact or are planned in the short-term (not a comprehensive list):

The following diagram depicts the general relationship between the components within Transact: 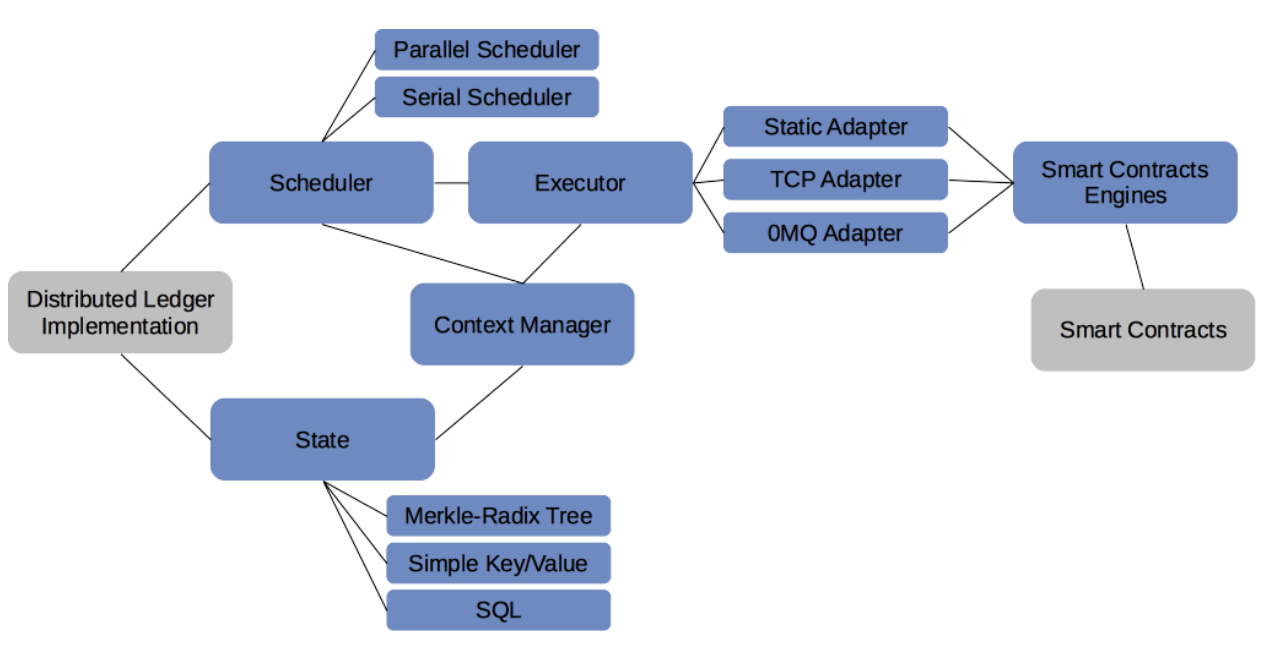 The sponsor companies plan to devote engineering resources to the project, including development and documentation.

An initial stable release is anticipated in 2019. Because this project will provide the basis for smart contract processing in Sawtooth 2.0, Grid, and other projects, we expect this project to quickly mature.

The project will be managed in a GitHub repository and will follow community norms present in other Hyperledger projects.

This project may support a Clojure SDK in the future.